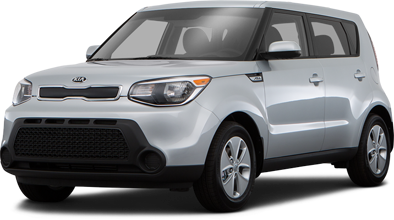 The new Kia Soul is barging onto the Flemington roads with efficiency, affordability, and a carload of features. Drivers in North Brunswick, Warrington, Trenton, Bridgewater, and Princeton can experience all the ways the Soul is superior to its competition by visiting Fred Bean Kia of Flemington. Here’s how it stacks up to the Toyota RAV4.

Speaking of affordability, the Soul gets a fuel economy of up to 31 mpg highway and 26 mpg city, compared to the 29 mpg highway and 22 mpg city available in the RAV4. The Soul also has a smaller gas tank; not only will you go further on a single tank of gas in the Soul, but you’ll also spend less to fill up at the pump.

The Soul carries a number of features that make for a better driving experience, that aren’t included in the RAV4. Like available remote engine start (have the climate set before you even step into your Soul), hands-free communication via UVO, available cloth and leather seats, and heated rear seats. Think all of those features are in the RAV4? Think again.

Take the Kia Soul for a spin. Explore our expansive new Kia inventory, and come in for a test drive!

Get More Info on the Kia Soul